On the exclusivity of the design drafts great value is placed in the porcelain manufacturer Reichenbach. The experiment is a guiding principle of the manufacturer. This is demonstrated by the numerous collaborations with designers from different backgrounds. With them is the well-tried "white gold" brought to the height of the creative spirit of the time of the industry. 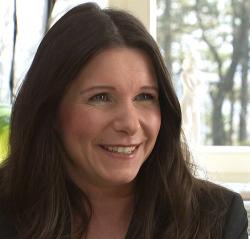 The young artist Christine Klauder, alumna of the college of art and design Burg Giebichenstein, developed the vases and bowl series

„masaai“ by order of the Porzellanmanufaktur Reichenbach. In the focus of these developments in Reichenbach stands he rich in contrasts presentation oft he trend theme Africa.

With the combination of serial industry design and the manufacturer production Reichenbach falls back on one of its most important core competences. By combining the cool styling with warm brown tones and fine nature materials the series sets completely new accents in the living quarters. The colour white symbolizes purity and freshness and brown stands for simplicity and renunciation. Both together the colours produce an exciting contrast.

It requires an idea, passion and personal competence to revive a porcelain service from a non-existent manufactory as a reply, to produce it as a limited edition and to find a distribution partner.

This is what happened in the Thuringian town Jena, which is famous for its science and high technology- but only known by a few for its porcelain.

In the “Porzellanmanufaktur Burgau”, established in 1901 by Ferdinand Selle, high quality porcelain has been produced until 1929.

Living in Burgau, the designer Christine Klauder and the local association had the idea to revive the reply of Burgau porcelain as a district of Jena on the occasion of Burgau´s 750th anniversary. In cooperation with the town museum a Burgau porcelain of big historico-cultural valency had been picked: a set, which Henry van de Velde designed in 1914 for the owner of the manufactory: Ferdinad Selle. The set had never been produced due to the confusion of the 3rd World War. Mrs. Klauder and the local association won some private sponsors and the city of Jena for the support of their idea. Within only a few months a limited edition in different decorations has been produced. That was possible thanks to the Thuringian manufactory “Porzellanmanufaktur Reichenbach GmbH”, which produced the forms and basic manufacture, in cooperation with Christine Klauder. 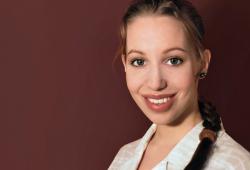 The design of the collection is reminiscent of the intricate pattern of ornate plates, which can be found in Arab souks, fused with the reduced simplicity modern European dinnerware. The color reduction on black and white works by the strong contrast. At the same time clear and classic coloring can harmoniously into the background the design of the next to be set in Scene Dining. The ornamentation is inspired by the structures smallest unicellular organisms under the microscope, appealing universal symmetry, the basic pattern of our aesthetic sensibility. Maren Eichler The artist currently lives in Trier, where she graduated from a fashion design studies. Her inspiration for life from different cultures around the world and from the forms of nature.

Egerton Crest creates and designs porcelain for Reichenbach.Klare and timeless designs are their recognition.

Product development, spatial concepts and a natural instinct for aesthetics and detail. In Egerton Crest Ava Design and styling combined with the daily business of a young company - planning, organizing, communication work.

For Egerton Crest she takes daily the creative pen in hand. From corporate design to drafts of home accessories,

We use cookies on our website. Some of them are essential for the operation of the site, while others help us to improve this site and the user experience (tracking cookies). You can decide for yourself whether you want to allow cookies or not. Please note that if you reject them, you may not be able to use all the functionalities of the site.